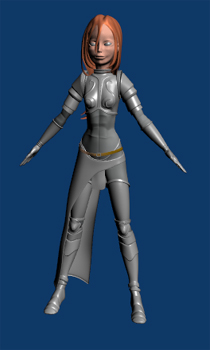 I decided to post my first half-way decent 3d model to contrast with my earlier entry. A lot of the credit here goes to the tutorial that walked me through the process. It's not 100% complete, but I think it's as finished as it will be.

Comparing this model to current video games, I've gained a real appreciation for how far game technology can still come. My model doesn't look all that great because there's no texturing and only a couple different materials (materials determine how strongly, in what way, and in what color things reflect light and some other things, while textures are basically an image painted on the model). What you see, though, is 100% due to the actual model. Most of what video games use today are textures with low polygon count models.

Below I have a screenshot of my model compared to a Doom3 model. Doom3 is a game that looks great. You can see, though, that across the crown of that model's head is a total of about six lines from ear to ear. This model, on the other hand, has a something like a hundred lines across the top of her head.

Doom3 looks great good while I play it. A lot of gaming models, though, use trickery to get where they are. Muscles are a good example: the shadows for muscles in most games are painted dark areas on a flat surface. I looks ok, but it's going to look so much better when muscles have actual contours. Far from being at their peak, video games are just scratching the surface of what we'll eventually see. 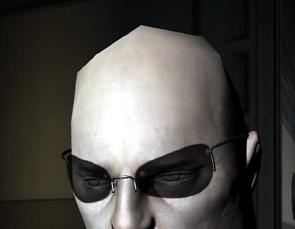 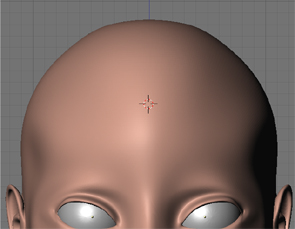