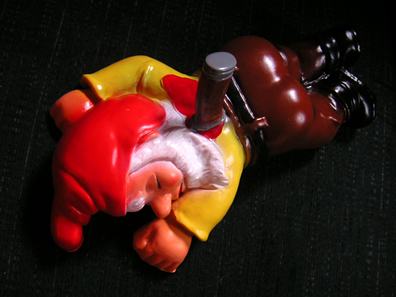 After a good many years, I'm saying goodbye to Gnome. I did know this was coming, but it's still a sad day. The trigger was my Ubuntu 11.10 upgrade. This revision no longer supports the classic/Gnome 2 look. The Unity shell or Gnome 3 are the only choices. Linus has a good quote that sums up my feelings pretty well talking about his experience with Gnome 3:

The developers have apparently decided that it's 'too complicated' to actually do real work on your desktop, and have decided to make it really annoying to do.

They've shifted things to a more tablet friendly/OS X influenced interface. While I think supporting tablets is a fine goal, I object when it degrades my user experience. My desktop has two 23" monitors and my typical workspace has about twenty windows open - a UI built to seduce tablet users is a move completely in the wrong direction to suport work.

This video shows the screen dominating style that Unity uses. It's a distraction. I want my UI simple, clean, and out of the way. Instead we get junk like wobbling windows. It's like the developers forgot the desktop is there to support work and decided instead that it's an end in and of itself.

I could complain for pages but it basically comes down to the fact that I have no desire to use what they're building. It's sad, too, because Gnome 2 was fantastic. Anyway, I'm forced to move on.

I spent my first week post-Gnome using XFCE. It's a reasonably solid environment. It's simple and keeps out of the way. It even has a few simple effects like window shadowing and transparency. After a week I felt pretty comfortable with it. Where it breaks down, though, is the rough edges. For example, editing the programs on the start-menu equivalent tool requires copying around some xml files. It's missing pieces like a graphical tool for disk management. Some missing pieces are installable, but they would come from other desktop environments.

I spent my second week using KDE. This environment has pulled it's own version of Gnome 3 in the past with the KDE 4 series. Fortunately, I've never really used KDE before so I don't know about what it lost with the 4 series. KDE is complete in ways that XFCE isn't. It comes with things like graphical system administration tools, a rich editor, and other essentials that XFCE lacks out of the box. The configuration options also dwarf those that XFCE has. I'm not completely happy with it though. In this case the source is less tangible - something is off with the feel and the look. I think this is something I will get over in time, but XFCE has a much better feel to it right out of the box

I haven't decided which I'll stick with, but either will work. My hope is that some of the desktop developers and users feel the same way I do and migrate to XFCE or KDE. XFCE has some real potential.