I was due for a new machine at work and I chose an iMac this round. I expected a pretty smooth transition as I've been using a MacBook for a while now. What I didn't anticipate, though, was Lion. It's not as if OS X 10.7 is a totally different operating system. It is, though, radically different with respect to probably my favorite feature of 10.6: Spaces. Spaces was the one feature of OSX that I could point to and say "This works better than it does in any other operating system." No longer. 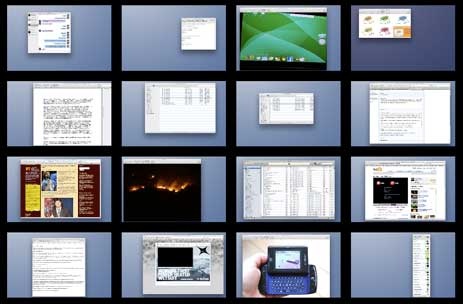 One killer feature was the ability to drag windows across the various spaces. This made changing and rearranging work spaces both fast and easy. Zooming out to the large grid allowed me to easily identify a particular work space. The 4 rows allowed me to organize various contexts - row three could hold a set of work spaces for one project while row four could hold spaces for a second. 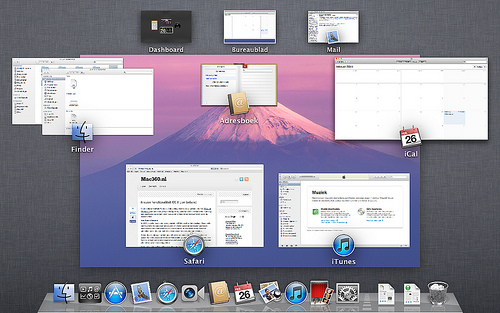 While it might seem like a small thing to get worked up over, the old version of spaces was *the* operating system level feature that I loved. Everything else about OS X is comparable in some way to working on a Linux desktop. And now it's gone.

This is very frustrating. I liked and enjoyed 10.6 because I was just getting started with Apple. Now, seeing a transition, I'm forced to drastically reshape the my work models to fit the machine and the designers idea of how I should interact with it. I had a fantastic work model in 10.6. The new design takes away something valuable that I used heavily.